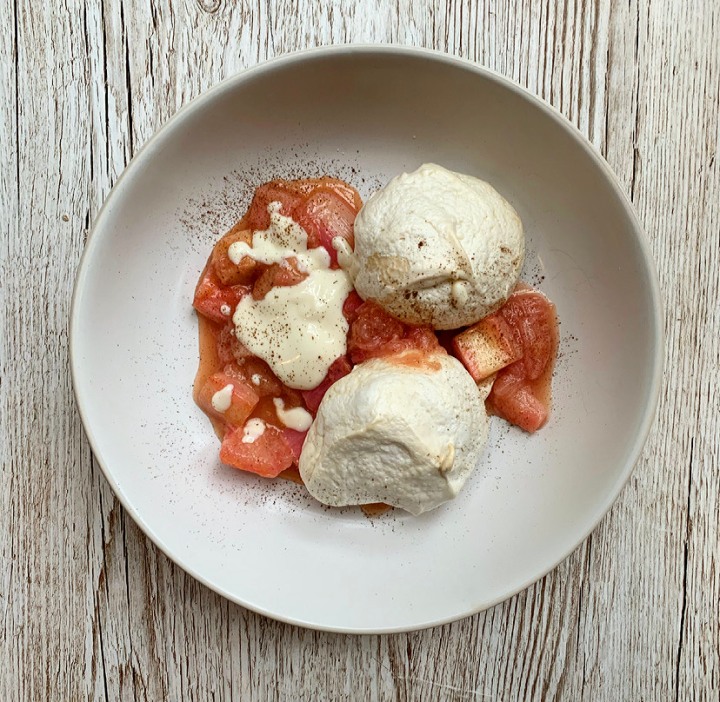 When thinking of potatoes; chips, mash and roasties all come to mind. I am pretty sure protein wouldn’t be the first or even fifteenth thing to be suggested. Traditionally baking relies on eggs to bind, aerate and emulsify cakes, biscuits and breads. However, there is a new trend emerging that uses potato protein as a suitable egg replacement in vegan baking. It is very much in its infancy as only one factory in the world has the capability and capacity to extract the protein from potatoes, but no doubt this will rise when the potential of this underused powerhouse is realised.

As more people transition to eating less animal products and move to a plant based diet, the higher the demand for milk, cheese and egg alternatives. In 2018, the dairy alternative market was valued at around $12.8 billion, expecting to rise by 7.8% by 2026, of this 1.4 billion can be attributed to egg replacers. This is a huge chunk of the market that still has significant potential for development and innovation. The first egg replacement of its kind was aquafaba that burst onto the scene in 2014 as a revolutionary alternative. Aquafaba is the water that is found in a can of chickpeas and contains the right amount of protein, starch and fibre for it to be whipped up like egg whites and used in meringues, chocolate mousse and mayonnaise. Whilst this changed the way a lot of people baked and opened new doors for vegan cooking, there are still limitations to aquafaba. The most obvious one is its smell and taste, which as you can imagine is like the inside of a can of chickpeas, faintly beany and not terribly enticing. It is also very unstable when cooked and is not always practical if there is not a use for the chickpeas, they often will go to waste.

New products are constantly popping up on supermarket shelves, trying to claim a share of the market. However, recently I was introduced to potato protein as an egg alternative and honestly it is a game changer. It is much more stable than aquafaba, and has no off-putting taste or smell, in fact it doesn’t really taste of anything which makes it perfect for baking. The naturally occurring protein is extracted from non-genetically modified potatoes as a by-product when producing potato starch. When removing the potato starch the remaining product contains ‘potato fruit water’. The ‘potato fruit water’ as it is called in the industry, is treated with heat and acid to coagulate and separate the proteins before being dried into the powder that is potato protein. It seems that the commercial use of potato protein has started to take off, with Beyond Meat, Impossible and Ladurée all using it in their products. And it makes sense; potato protein is allergen free, contains 95% protein, and has no overriding flavour making it an excellent addition to meat and dairy alternatives.

Now that we know how it is made, what exactly can it be used for? As soon as I found out about it I immediately ordered some and compiled a list of recipes I wanted to make that have previously been very tricky with no eggs. In order to make the protein ‘active’ it needs to be hydrated. The hydration ratio varies depending on the intended use and so takes a little experimentation, however I have found success with 6:1, water:protein when making meringues. Once combined with water the mixture needs to be blended to thoroughly combine the protein with the water before leaving in the fridge for 15-30 minutes. After this step you will be left with a fluffy, white base mix. This is the mix that can then be whipped up just like egg whites. I have used it both as an egg white substitute in lemon meringue pie (heavenly and you definitely couldn’t tell the difference) and also as a replacement for whole eggs in wild garlic mayonnaise. The lightness of the potato protein, when it is whipped, makes it perfect for macarons. French macarons are renowned for their finesse and delicate shells which are traditionally made by folding an Italian meringue into a ground almond and icing sugar paste. Replacing the egg whites in the meringue with potato protein produces an exceptionally accurate imitation with no difference in the end result. No wonder Ladurée have cottoned on to this ingredient using it in their new vegan meringue range.

Although it is one of the best new ingredients I have come across, it is still quite unknown making it relatively hard to buy and still more expensive than other replacements such as aquafaba. With all of its advantages, I have no doubt that it will become more mainstream with food producers and consumers realising its potential. In the meantime, I’ll happily continue to perfect my soufflé recipe using potato protein and wait for the world to catch up.